As Huawei prepares to hold its announcement event on Wednesday, one of the devices set to be announced at the event has allegedly leaked, revealing all the devices specs thanks to an alleged image of its packaging. Huawei will announce a refresh of the Huawei MatePad Pro lineup and there will be at least two versions.

One of the MatePad Pro variants will have a 10.-inch display according to the leaked image. This will also be an IPS LCD panel with a resolution of 1260 x 1600px, 540 nits of brightness, and support for DCI-PC. We assume 12.6-inch version will come with a higher-end AMOLED screen. New MatePad Pro models will come with support for Huawei’s M-Pencil, which was teased last week.

Interestingly, the image reveals that this tablet will be powered by the Snapdragon 870 chipset. It was reported back in November that Qualcomm was allowed to supply Huawei with chips following the US-Huawei ban. Paired with this chipset is 8GB of RAM and either 128GB/256GB of storage.

The tablet will come with a 7,250 mAh battery on board and rechargeable via USB-C. The tablet’s dimensions come in at 246 x 159 x 7.2mm and it will feature just two cameras: an 8MP front camera and a 13MP main shooter. 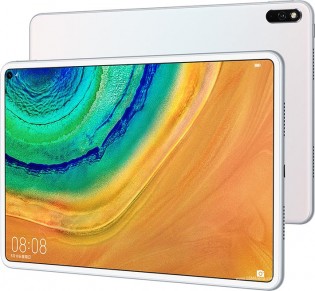 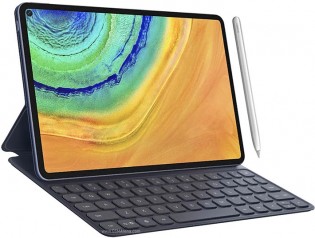 On June 2, Huawei will hold a launch event for the Huawei Watch3, MatePad Pro lineup, and Harmony OS 2.0.